You got a crush on a Sagittarius man and want him to chase you?

What to do if your love interest is the Sagittarius male?

Compared to other fire zodiac signs (Aries and Leo), Sagittarius is much more easygoing and friendly. He is the person of challenges and tending to follow his instincts.

As the optimistic kind, he believes that everything in this world has the solution. In addition to that, why should he work hard to gain the heart of one specific lady while there are plenty of women out there?

When he does something but it wastes too much of his time, then he chooses to leave it aside and continue with other tasks.

Of course, if a Sagittarius man falls for someone romantically, he will try several times to get a date with that person. He seems to be the first one to make the call or send message afterward. However, once he senses that you’re not keen with what he is doing, then he will immediately stop himself from being devoted.

BEST Tips of Making a Sagittarius Man Chase You 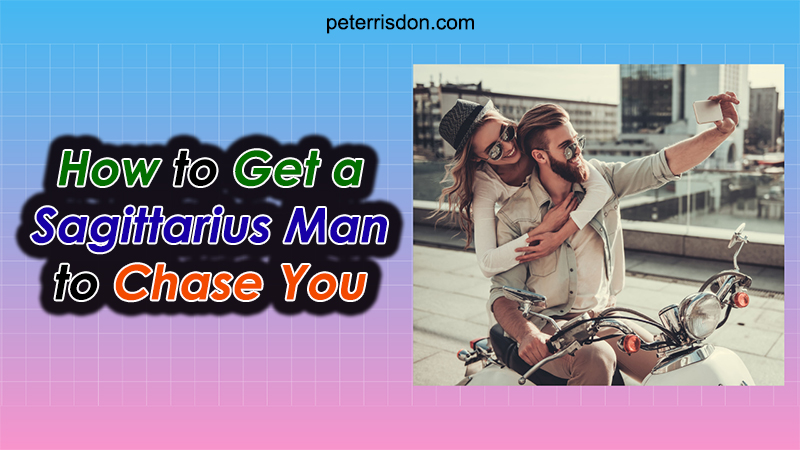 A serious man looks for a woman, not a girl.

If you want to attract a Sagittarius male, you must be independent enough to know what you really want. Also, he hates playing games.

Remember that you’re trying to get him to chase you. However, if you tell him that you want to commit after just a few dates, he is going to run away since Sagittarius values his freedom…a lot.

In this case, a better approach is to drop hints subtly that you’re available. Show your interest in particular things (not by words, of course) and his feelings for you may develop beyond a crush or a few dates.

Display your honesty…just not all of it!

Though being honest is the basic foundation when it comes to dating, it doesn’t mean you have to expose every emotion and thought deep inside. Right now, you are getting Sagittarius man to chase you, so it’s much better if you can decide how many percentage of transparency you need to provide in this relationship.

Be open but also let him know that he cannot completely access your heart and brain.

#2: Be independent…but not too isolated

Sagittarius man likes to challenge himself; thus, submissive women who are available most of the time are not really his ideal type.

Instead, he is more into the lady who is fiercely independent. Show him there are lots of things ranking higher than him in the list even though he’s important to you.

The key here is – you must find out how to make a Sagittarius man miss you.

Why don’t you spend some time apart?

It’s the opportunity to make him think about you. He will start wondering what you are doing and enjoy learning about you through social media. He’ll even get excited and be likely to chase you when seeing you act aggressive.

Don’t mind sharing things you find interesting with him. He would love seeing your enthusiasm and passion in whatever you do. Confidently answer his questions as it’s the best way for him to discover your true self.

Tell him how much you enjoy being around him.

#3: Be yourself…never in the way he wants

Most of women usually act as a totally different person when having a date with the man they are interested in. Ridiculously, men are only turned on by the female who is completely herself.

Don’t try to become another version of someone else!

If you want to know how to make a Sagittarius man want you, the answer is simply being yourself.

There are plenty of ladies, which mean your love interest has plenty of choices. His ideal type is the woman who is unique in style and in way of thinking. Never act as a clingy person; actually, he is more drawn into a genuine gal who is busy with her own life rather than spending time following his every step.

However, don’t make him feel that you ignore him or he will unintentionally leave immediately.

Furthermore, he’s not looking for a woman who just keeps nodding to everything he says as well as doing whatever he asks. This Sag guy wants his partner to state her opinions in every situation. So, if you have any disagreement, tell him honestly.

You don’t wait to respond to his texts; in fact, you are busy all day, remember!

Even if you know that you’ve grown strong, passionate feelings for Sagittarius man, please act as nothing happen. Once he senses that you have fallen in love with him, he may give up the chance if not getting hooked anymore.

A man wants to be wanted, not needed, in a relationship.

This is what we call making him obssessed with you!

Being wanted makes him feel sexy, desirable, and admirable. On the other hand, being needed gives him the feeling that you’re trying to trap him and require him to make the commitment without recognizing whether he wants it or not.

As soon as you’ve developed serious affection for this guy, tell yourself that he is not the reason for living. Obviously having him in your life can brighten your life; however, you are still able to be happy by yourself.

On the outside, show that you want him and give him some of your affections (not wholly); at the same time, build a fence to protect yourself from getting hurt by a Sagittarius in the future.

Again, ignoring him is not a good option as it make the Archer feel left out.

Will a Sagittarius man chase you?

You do have a good chance to make him fall for you if you know how to be happy on your own.

#5: Stay active around him

If you want a Sagittarius guy to fall in love with you, then be upbeat. Spread only positive energy around him, like smiling a lot and keeping things lighthearted. Do not bad-mouth about any person or anything as well as not start a negative conservation with him.

What type of woman he is looking for?

This guy wants to be with someone who is able to keep up with him. He is a fast-paced person always found to be on the go. In order to get him to chase you, the key is to show him that you are also as active as he is.

As a huge flirt, he has no matter if receiving flirty messages from you. Flirty and sexy are fine as long as you lure him with your lair only. Never think of showing him naked shots as you’re not after him just for making love. Give him sincere compliments about his looks, the way he talks, and so on – he’ll appreciate it a lot as Sagittarius man is always curious about how you think about him.

Hooking him with mystery is a wise move as he gets bored with women throwing themselves at him immediately.

In short, be fun and playful when around him!

When a Shy Sagittarius Man Likes You… 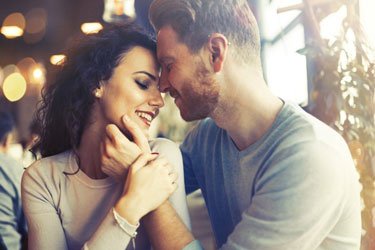 What he looks in potential partner?

Though he is often stunned by a woman’s beauty, just the looks cannot keep his heart forever. Sagittarius man seeks intellectual stimulation. If you’re dating one, try to make deep, inquisitive discussions with him – as he loves talking about everything in life, it’s better to widen your knowledge in different topics.

In addition, this guy prefers independent women who are capable of taking care of themselves well. He will have a very good impression to the lady dressing well, smelling nice, and having a great style.

Freedom is extremely important to a Sagittarius, so don’t be clingy if you want to be with him.

Many feel hesitant to be with the Sag male in a romantic relationship because he quickly loses his interest. Despite his short attention spans, he is actually committed and dedicated once truly falling in love. Dating with him is like riding a roller coaster – not a dull moment; it will be full of new and exciting adventures. If you want to maintain his feelings for you for long term, the tip is to shower him with surprises and excitement almost every day.

He is known for being brutally honest and tactful; therefore, there will be times you will get hurt by his words. It’s just his way of expressing what he feels, not that he wants to mean.

How to Tell if a Sagittarius Man Likes You?

As you probably, your Sagittarius love interest is a flirt; thus, it’s quite challenging to determine whether he’s just into you at a moment or he’s serious about you. For sure, the archer enjoys the chase; that’s why you should make the initial move no matter how much you like him.

If he asks you to join him in his adventure, high chances that he already falls hard for you. Interestingly, he does prefer to be asked out sometimes. But, in general, this guy still loves the feeling of going after someone.

The trick here is to be a bit mysterious when talking to him. Play hard to get and keep him guessing, and he can’t help but asking you out as he wants to know more about you. He will never stop until discovering your truest self as well as how you feel about him.

How to Keep the Sagittarius Man?

If you read this part, it means you’ve won the heart of the archer.

This guy is independent and really loves his freedom. He will instantly run away once feeling tied down in the relationship. As a free spirit, he does not want to stay with someone who tries to control him and lock him up.

Just let him climb to the top of Mount Everest as he wishes. Don’t get involved with a Sagittarius if you cannot accept his spontaneous adventures and activities. He hates women possessive and jealous; instead, he prefers the lady who is as independent as he is and who also dedicates time to her own life.

Due to Sagittarius characteristics male, the Archer on the astrology wheel is complicated.

How to tell if a Sagittarius man loves you?

Sometimes it’s very hard to read his mind or catch up with his thinking when it comes to love. Many women find his changeable moods are difficult to deal with. However, once you’re capable of handling his mood swings, then you might be his potential match.

Making a Sagittarius grow interested deeply in someone requires a long process.

He seems to be a flirty; yet, this guy is quite picky with the matter related to serious relationships.

When it comes to love compatibility, he seems not get along well with the lady born under the Scorpio horoscope sign.

His strength as well as weakness is his honesty. So, learn to accept his brutal words if you want a long-term relationship with him. What he says to you can either brighten your day or crush your dreams in just a few seconds.

If you still be determined to seduce a Sagittarius male and make him chase you, then good luck!

Getting involved in a romance with a Sagittarius is worth your effort.