How compatible are Sagittarius man and Pisces woman?

These two individuals are quite sincere and committed with each other; when it comes to love, they expect nothing but a happy life together.

Similar in most perspectives, both Sagittarius and Pisces get along well all the time and rarely involved in any conflict. They compliment each other and willingly give only the best for the sake of the other.

Mutual understanding is what makes this pairing strong.

However, it doesn’t mean there’s no problem between them; in fact, it’s hard not to argue when a sensitive person lives with an honest and brutal one. In this article, let’s discuss about Sagittarius man Pisces woman love compatibility to find out the true beauty of this relationship.

According to Pisces and Sagittarius love compatibility 2021, these two is highly compatible in a romantic relationship and pleased with being together. The sexual chemistry between them is also a real deal.

Sagittarius man has an extremely high sex drive; luckily, Pisces woman is able to bring him the satisfaction. They also share an emotional connection in this aspect – no wonder they make a perfect match in the bedroom.

The thing is that many problems will arise once they decide to stay in a long-term relationship.

One of primary reasons is because Sagittarius male has a hard time to commit; on the other hand, the emotional connection Pisces female needs is more than what the archer can give. Another issue that might lead to the argument is that neither of them thinks practically; hence, they will struggle with building a life together in this real world.

Despite of all the difficulties, both Sagittarius and Pisces find lots of things to discuss about, and there’s likely no dull moments between them. They may not end up with a conventional marriage yet the bond they share surely lasts for a long time.

In general, the compatibility of Sagittarius man with Pisces woman is mixed with both the good and bad.

The moment Sagittarius man meets Pisces woman, they will find themselves attracted towards the other like magnets. He’s charming and interesting, and she will certainly love his amusing stories; meanwhile, her special, unique quality will leave him fascinated and impressed.

At the early stages of a relationship, both seemingly fall hard in love with each other and their sexual chemistry is awesome overall. If this romance life is not nurtured with love, effort, and passion, then it will fade away like the whirlwind.

Sagittarius male is fire while Pisces female is water.

As you probably know, fire and water are opposite elements – in this case, the fiery guy and the watery gal find it hard to understand each other fully. He is daring and passionate whereas she is sensitive and emotional. Fortunately, these differences are not too serious to break them away.

Ironically, the thing could put Sagittarius and Pisces to separation ways is nothing but their similarities.

Get tips on how to date Sagittarius man with a click!

Both are born under mutable signs, so this means they are the type of person going with the flow; moreover, they are quite flighty. Due to these matters, two of them will have trouble making arrangements for dates as well as planning for their future love life.

If none takes initiative in this relationship, then it’s unable to develop further.

Sagittarius man and Pisces woman in a love relationship 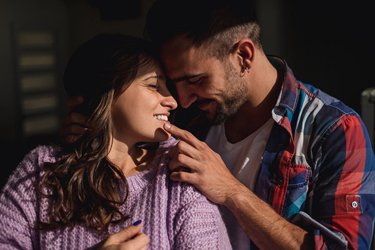 The Pisces lady is indeed an introvert; though people usually see her as a fun and social person, at heart she still prefers spending time on her interests alone. She has a super sweet nature making others get drawn to her naturally. No one can be as devoted and supportive as Pisces in a romance; therefore, this woman deserves only the best in love. Because of her trusting nature, she often becomes the victim of manipulation and abuse of the crowd.

The Sagittarius guy in love is a bit different – he is a free spirit with extroverted personality deepest at his heart. He may be easygoing but pretty picky. Since his goal is to enjoy the life to its fullest, he expects excitement and new adventures from people around him. Don’t expect him to live a life with repeated routines! He is a mood-maker as his sense of humor can lift up the gloomy atmosphere and make everyone laugh.

Is it possible for a Sagittarius man get jealous in love?

Both the archer and the fish have their own separate groups of friends; luckily, they still can talk about lots of things with each other when getting together.

Pisces woman feels most happy and emotionally free when she is in a long-lasting intimate relationship. Nonetheless, this is a real challenge to Sagittarius man because he can’t handle her intense emotional expression and doesn’t like to commit too soon.

He will never feel suffocated around her as she appreciates and respects personal time and private space. In the meantime, his upbeat personality will bring her good time and happiness.

Mutual respect and acceptance of each other’s differences are two keys that both need to achieve if they want this relationship to survive. Don’t say no or turn down the offer too quickly; instead, try experiencing the other’s pastimes and they may end up having another hobby of their own. 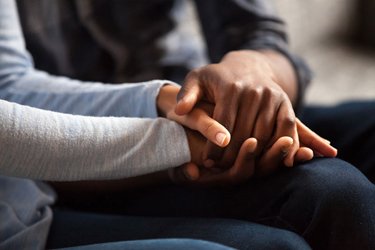 Both Sagittarius man and Pisces woman can create a blissful marriage union if they truly love each other. He may get hesitant to make a commitment but he’s unable to resist this watery lady. Once he decides to marry her, this means he accepts all the results that come along with the marriage life.

This situation only happens when the male falls head over heels towards the female, and committing is the best way to make her happy.

Unfortunately, in most cases, the archer tends to run off and usually get married in the spur of life. A marriage will never last if both sides don’t think things through unless there’s a strong bond existing between them.

The marriage of Sagittarius man and Pisces woman actually has many challenges coming from their daily lives. In addition, both will continuously argue with each other if they can’t settle down his need for freedom and her need for intimacy peacefully.

Give each other space, especially when the Pisces feels overly emotional or when the Sagittarius needs to roam. 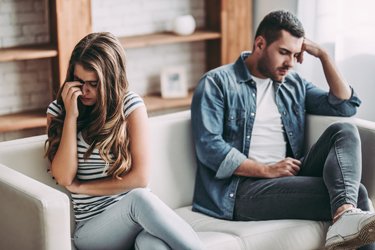 These two would never fight if this world is perfect and does not include any exterior issues. Easygoing and adaptable, neither of them forces or pushes each other to do what they don’t like. Sadly, the reality always knows how to bring pressure and tension into their lives.

As I already told you, they usually go with the flow and are not used to thinking ahead or setting up future plans. These two individuals live in and for the moment; nevertheless, this could create many unexpected problems in their love life.

The moment difficulties appear between them, they begin with blaming each other.

Truthfully, if someone has to be blamed, then the answer is both of them. Each must learn to take and share the responsibility because this is their relationship. It’s never a good idea for Sagittarius and Pisces to argue with each other as things will only get worse.

How to resolve typical fights of these two people?

The very first thing is that the two of them have to learn to accept each other’s differences with practical and understanding manners. Most significantly, avoid judging or criticizing the other, especially the Sagittarius man’s brutal truths can hurt Pisces woman deeply; at the same time, don’t pay too much attention on others’ judgments.

This seems to be more challenging for her because she’s known for being sensitive and emotional to the extreme.

Briefly, Sagittarius man Pisces woman love compatibility is pretty good in 2021; yet, they do have to face a couple of challenges. This love match can last for a long term; however, putting any attempt to settle down and things will go nowhere.

Balance between practicality and imagination and the relationship of Sagittarius male with Pisces female will be fun and exciting.