Home » Horoscope » How To Make A Sagittarius Man Jealous In Relationships?

However, it doesn’t mean his jealousy is hidden forever – it’s just that he needs many reasons to become jealous of something.

How to make a Sagittarius man jealous?

This guy tends to be envious when he feels insecure. Once there’s jealousy present in your relationship, even small issues can lead to a serious fight. Don’t let your Sagittarius find out you’ve cheated on him, or he will break off the connection with you immediately.

Play games with him and you’ll have no door for him!

This guy isn’t too jealous, but he will never forget nor forgive to anyone messing up his feelings. So, before thinking of making a Sagittarius jealous to catch his attention, you must consider carefully as it’s a risky move.

Learn more in the following!

What to Know about Sagittarius Jealousy? 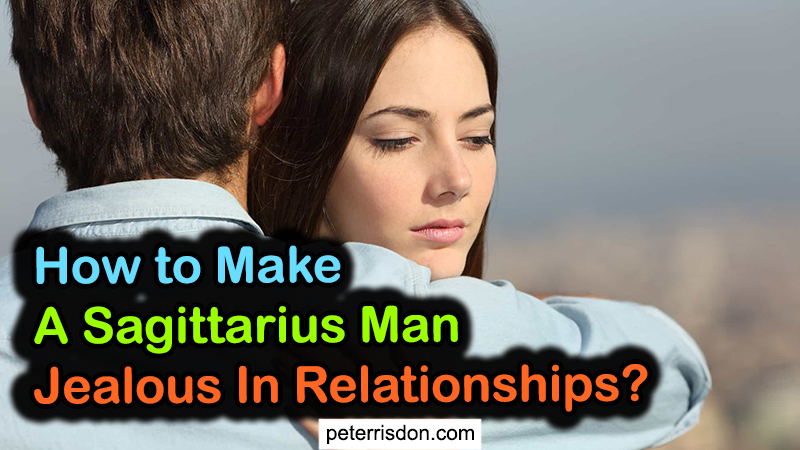 As mentioned earlier, Sagittarius man’s jealousy will be brought on the surface only when his insecurity reaches the critical level. In a love relationship, he (when jealous) can’t help but starting to pay much attention on how his lover sees him.

From the moment he feels insecure, he will question you more frequent; this cause the relationship to be deteriorated somehow. But, it’s understandable because jealous individuals are very suspicious and desperate whether or not their partner cheats on them in the back.

The Sagittarius male really values freedom – this means he’s not prone to jealousy most of the time. He always expects a relationship as well as a life with less rules and restrictions.

For those who are in love with this guy, it’s much better if telling him about your feelings sincerely. Be honest to him and he will have no chance to get jealous. However, his jealousy still can fit in if the situation requires it to.

In most cases, Cancer woman and Sagittarius man can make a good match as the female is sympathetic while the male never gets jealous to the extreme.

Along with Gemini, Sagittarius is considered as the most relaxed lover in the zodiac.

How to Deal When a Sagittarius Man is Jealous?

Compared to men of other zodiac signs, Sagittarius man is a very optimistic person who enjoys life to the fullest. He loves you with all his heart, but probably he will leave you if there’s any new challenge waiting him ahead.

This archer is constantly in need of energy as he can’t help but taking part in almost every activity. Therefore, his ideal type must be someone who is fast-paced and able to keep up with what he does. It’s unexpected to know that he can get jealous over nothing if there’s nothing for him to do.

He is a creative guy who always takes charge of organizing parties and couldn’t stop coming with new ideas.

More than stunning looks, he finds himself into knowledgeable conversations. Keep in mind that a Sagittarius guy is a big mouth, so you shouldn’t share any of your secrets to him or he may spoil it soon without any purpose.

Sagittarius man is a free thinker who enjoys the journey of finding truths in his life very much. He loves freedom and independence; thus, you will feel no pressure when dating him. If you happen to make a Sagittarius pulls back, don’t be so serious; instead, give him the space he always needs.

Obviously, people with the Sagittarius zodiac sign never admit they are jealous. Even they themselves may not believe that they develop this feeling because they normally never get threatened by insecurity.

If your archer becomes jealous following your plan, simply have a serious talk to him in which you need to explain the whole situation so that things between you two will not become more terrible.

Don’t force a Sagittarius to come back once you cheat on him.

It’s a big NO if you try to control or manipulate him during an argument.

If you flirt with someone else in front of him, he will get annoyed and even angry because he thinks you don’t respect him. When you are with this fiery guy, your attention and affection need to focus on him only.

So, you must consider carefully on how to make a Sagittarius man jealous.

It’s possible for Sagittarius man to get jealous, but his reaction is up to how he actually feels about the situation. A wrong move could turn it worse!

Leave your question below (if any).

Hi, guys! My name is Danielle Kim, and I am currently a content crafter for the Peter Risdon website. I do enjoy writing various topics, but here I mainly discuss about the psychic reading and all matters have the relation to it. If you are considering getting a reading, visit this site for all of my advice and recommendations.

The purpose via Peter Risdon is to help you achieve the best reading experience.